Manchester City 2020/2021 kits for Dream League Soccer 2019, and the package includes complete with home kits, away and third. All Goalkeeper kits are also included. This kits also can use in First Touch Soccer 2015 (FTS15).
The work comes out of the Puma barracks and continuing with his project "Crafted from Culture" is inspired by the famous mosaics that adorn the Northern Quarter of the city of Manchester.
The idea is embodied in the traditional light blue of the Cityzens and a series of white lines that create a cracked effect, similar to the tile pieces that form mosaics.
These, in Manchester, are famous for making references to different areas of Mancunian life, including music, fashion, art and, of course, football.
Artist Mark Kennedy, the man behind the mosaics, spoke about the fact that Puma was based on his work for the jersey of the club he loves.
The mosaic design, on the other hand, is not repeated on the back. There, only the word City stands out on the neck. Finally, white pants and light blue socks complete the outfit.

Behind the design is Puma, a brand embarked on the “Crafted from culture” project, in which it rescues local elements from each team to shape its sports collection for this season.
Under the magnifying glass, the new kit displays a blue tone in which we see a series of rhombuses. Inside these, meanwhile, a pattern emerges that pays tribute to the architecture of the Castlefield neighborhood and, especially, to the Bridgewater canal bridge.
This area has existed since Roman times and today it is a musical center of the city, as well as a youth and multicultural scene.
Copper touches serve to decorate the logo of its sponsors and the monochrome Manchester City crest . They also add the wow factor! to what really is an excellent color combination.
The pattern is not replicated on the back. Everything is smooth and the only thing visible, in addition to the numbering of the players, is the inscription "City" on the back of the neck.

Since joining the club last year, Puma hasn't been shy about dressing the Cityzens. Already this season it delivered a mosaic pattern for the starting kit and an attractive Castlefield-based kit for away games.
This, meanwhile, adds an extra layer of risk. One that perhaps outrages the most traditional fans and excites the most fashion-forward. All due to the use of a paisley pattern (cashmere, in Spanish), typical of the Persian civilization and very popular in England, especially in the Mod (1960) and Brit Pop (1990) music scenes.
The intersection of fashion and design music does not leave the club out either. In fact, the curious pattern uses as inspiration the rose and the three rivers of the city of Manchester, which are also part of the City shield.
On the reverse, the paisley pattern is only visible on the shoulders and sleeves. The back, for its part, is totally white.
Blue pants and white socks will complete the kit on the court. 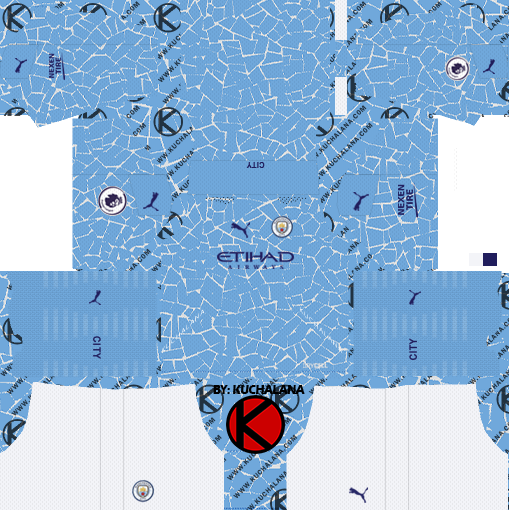 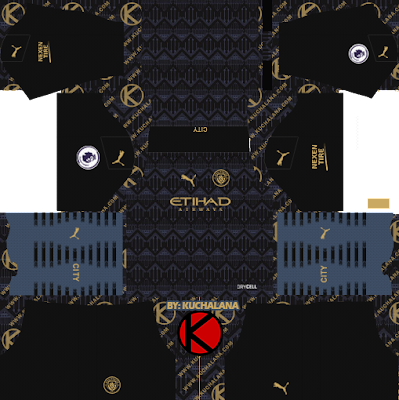 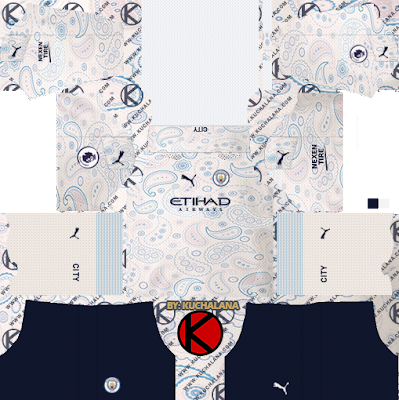 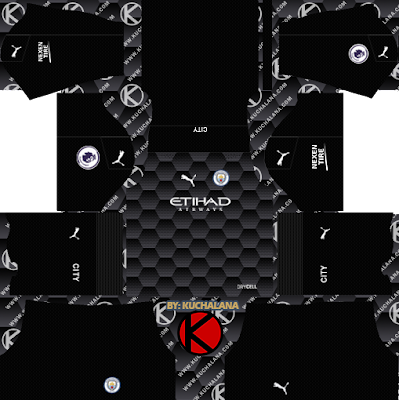 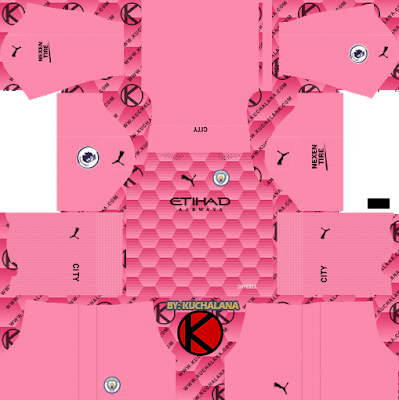 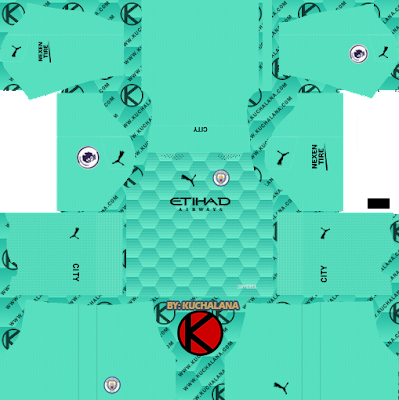 Please fix the position of the Puma logo in the front of the kits!

Thanks for posting it, but at least fix the puma logo position before you post it.