Paris Saint-Germain PSG 2020/21 kits for Dream League Soccer 2020 (DLS20), and the package includes complete with home kits, away and third. All Goalkeeper kits are also included. I hope you will enjoy play the game with kits from kuchalana.com.

This year the shirts seek to commemorate the club's 50th anniversary by bringing back the original design imposed in 1973 by then-president Daniel Hechter. The home shirt features a thick vertical red band escorted by thin white stripes, interrupted at the front to make room for the main sponsor of the Parisian team.
The crossover collar is painted blue and white, while the cuffs are finished in white and red. The Nike shield and logo align with the white stripes, gravitating more towards the center than usual. 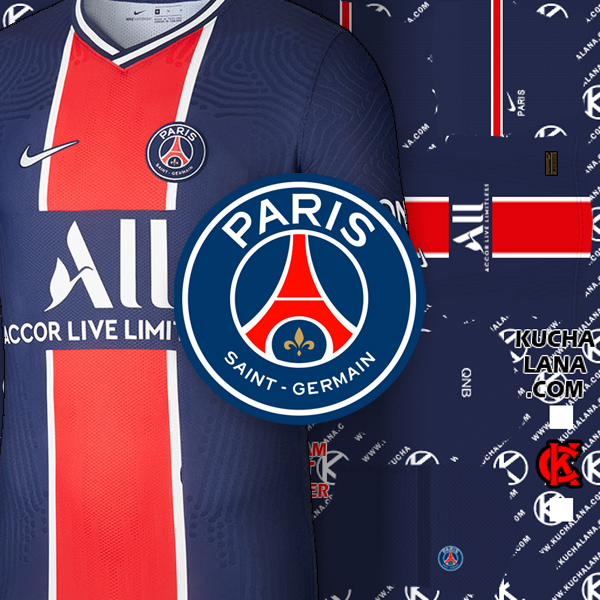 The away kit takes an inspiration from the 1995/96 season model, which also featured the Hechter stripe on the front in red with blue edges, interrupted to make room for the main sponsor.
This time around it will have a button-down polo collar, while the club's crest and Nike Swoosh line up with the edges of the band, just like on the local model. On both shirts the phrase "Paris Saint-Germain 50 Ans" is repeated on the side strips, in addition to the French flag on the waist.
This jersey , like the other third top club uniforms of the North American brand, is inspired by a shoe model : the Air Jordan VII “Bordeaux” worn by Michael Jordan in the 1992 NBA All-Star.
This shirt takes embroidery as the main color in a design where the shoulders are painted white with a division in the middle of the sleeves where they become black. The advertising and the Jordan logo, meanwhile, stand out for their appearance in a shade of gold while the shield combines the latter color together with black.
Among the more specific details of this clothing stands out a slight pattern of fine vertical lines along the torso, while the neck is painted black. In the interior of this, as it is usual in PSG / Jordan t - shirts I appears written "Paris" with the letter A replaced by the logo of the brand.
Like the other third-party Nike releases, this one will be accompanied by a special edition of footwear , in this case Air Jordan IV in tune with the shirt . 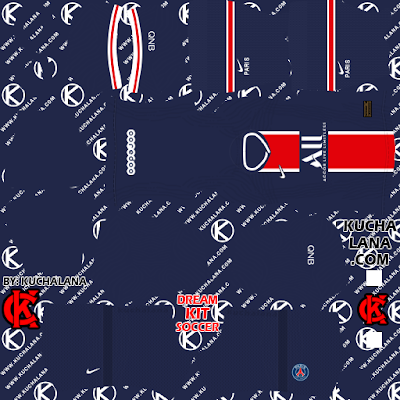 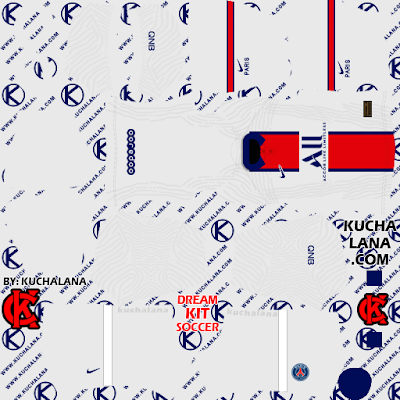 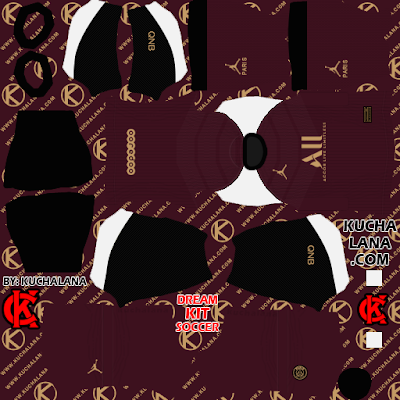 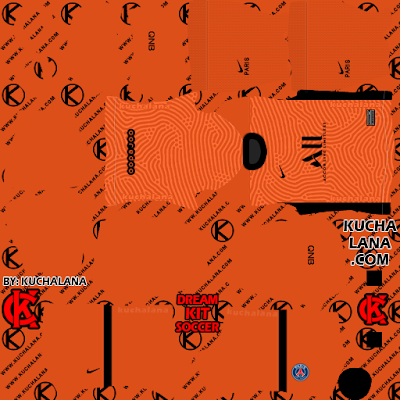 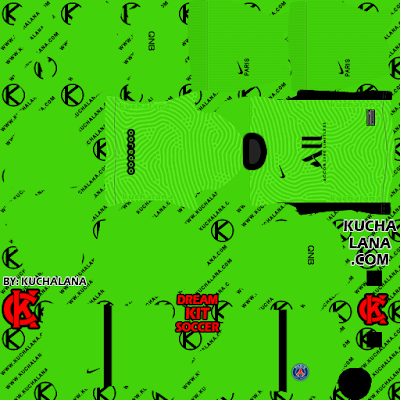 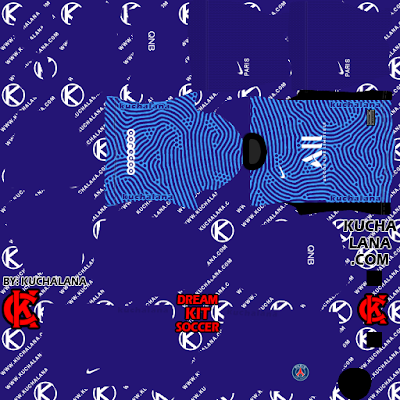 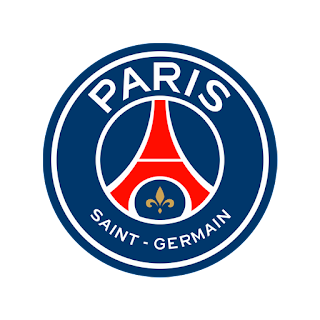 Please do for DLS 19 as well🙋
But otherwise great work, keep it up, I really appreciate your wok. Good job

Please do psg dls 19 too