Juventus 2021/2022 kits for Dream League Soccer 2019, and the package includes complete with home kits, away and third. All Goalkeeper kits are also included. I hope you will enjoy play the game with kits from kuchalana.com.
The new Juventus home jersey for the 2021/22 season was officially presented. The new Vecchia Signora jersey will debut in the Coppa Italia final against Atalanta.

The Juventus shirt will once again wear traditional clubs after several seasons of experiments, this in honor of the 10th anniversary of the inauguration of the Allianz Stadium. A slight pattern of dots and stars adorn the black lines, in reference to the stadium's grandstand, while a commemorative motto sits inside the collar.
The club's crest is white with gold stars, accompanied by the adidas and Jeep logos, the latter with the addition of the brand's Wrangler 4xE (which will be present throughout the season). The three straps rest on the shoulders, while the collar and cuffs are white with black trim.
White shorts and socks complete the uniform, with black alternatives if necessary.

According to what is communicated by club and brand, the new away shirt is inspired by the electronic music scene in Turin. Black serves as the base color, accompanied by lines of color that rain down on the front and sleeves. Round neck, cuffs and back are in solid black, while the three straps on the shoulders are applied with an iridescent effect.
The club's crest is in white on the chest, accompanied by the adidas and Jeep logos, the latter accompanied by its 4xe brand. Shorts and socks with iridescent touches and white logos complete the new Vecchia Signora away uniform. 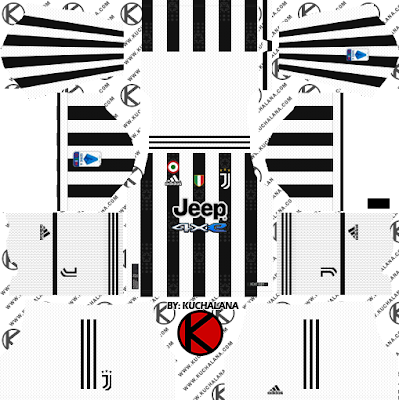 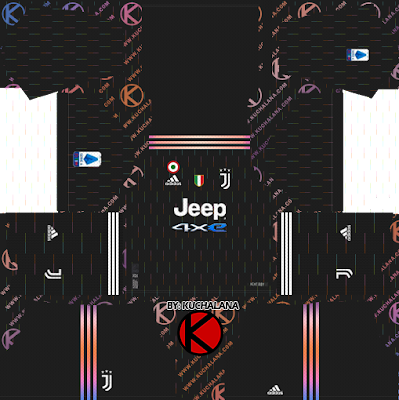 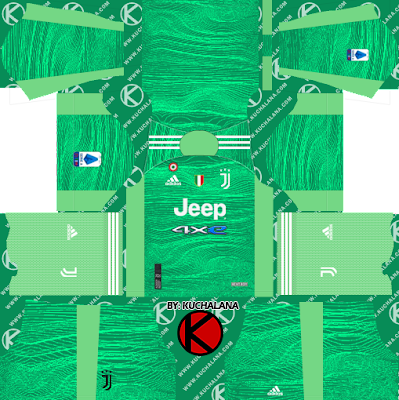 when will the third jersey be released