Chelsea FC 2022/2023 kits for Dream League Soccer 2023 (DLS23), and the package includes complete with home kits, away and third. All Goalkeeper kits are also included. I hope you will enjoy play the game with kits from kuchalana.com.

Chelsea's new shirt features the usual blue base, this time with a button-down collar on which a pattern of celestial lines taken from the lion shield is seen. For the rest, the base tone is taken almost entirely of the garment, which has the raglan cut on the sleeves that we have seen in most Nike designs. According to the press release, the design is in homage to Ted Drake, who introduced the lion figure and the nickname "Blues" to the club's identity in the middle of the last century, as well as leading in the first league title in 1954/55.
The shield is applied in its official colors, accompanied by the Nike Swoosh in white with a light blue border. Three's logo is stamped in white on the front, already overcome the financial blockade of the club after the departure of Roman Abramovich that had led the company to suspend its sponsorship. The name "Chelsea FC – London" is positioned inside the neck.
Blue shorts and white socks complete Chelsea's new home kit for this season.

The shirt follows the line seen in the titular model, paying tribute to Ted Drake, who revolutionized the identity of the club by introducing the figure of the lion and the nickname "Blues" in the middle of the last century. The garment has a white base, adding celestial stripes with white strokes taken from the lion of the shield and navy blue lines as a finish. The latter color is used on the cuffs of the garment, whose dorsal area is released to apply names and numbers.
The shield is painted navy blue, matching the logos of Nike and sponsors. The name of the club and the city of London adorn the inside of the neck.
White shorts with a light blue finish and navy blue socks complete Chelsea's new away kit for this season. 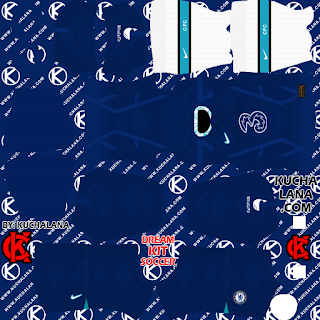 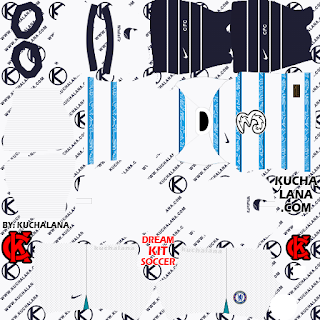 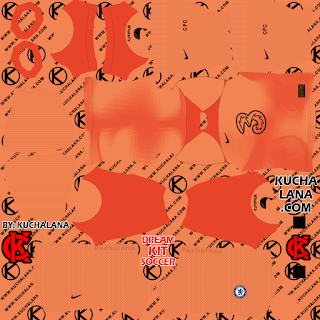 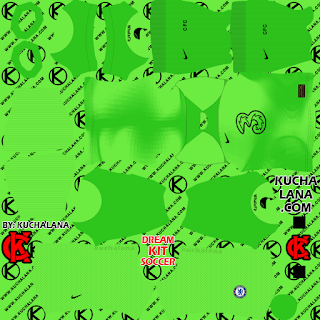 what about the 3rd kit? it's so awesome and we need it please